Answers to the name of Lucky… 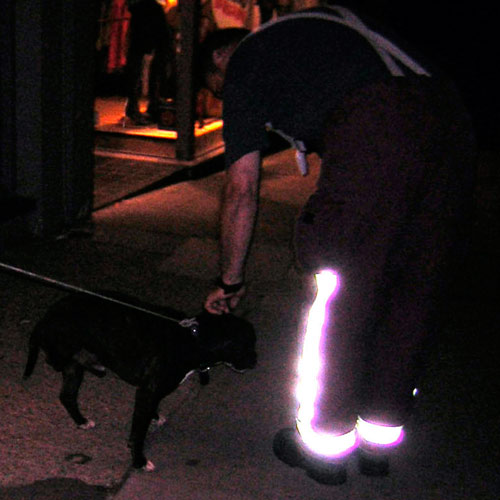 Last night (Monday 13 July) the Fire Brigade had to be called to rescue a three-legged Staff terrier from the pond in South Row. We just happened to be passing by at around ten past ten and heard this terrible howling.

We don’t know how the dog got in there, but because he has only one back leg he couldn’t get out again, due to the steep concrete side. Last seen, the dog was on a string lead, walking two firemen down to Lee Green fire station while the fire engine followed!

Perhaps someone knows who the dog’s owner is?

At least it wasn’t a three legged ferret…