“Calling all dedicated and hard-working volunteers in Lewisham’s so-called community libraries. Want to know how you’re doing? How many books you’re managing to lend? How visitor numbers are holding up?

Well, tough. As of October 2012, Lewisham council has decided to stop allowing access to the statistics which it used to publish on a quarterly basis, often before anyone even asked.

Now Lewisham tell us we can wait until the official government statistics agency, CIPFA, produces its report in December 2013 for the year ended last April. What they don’t tell us is that CIPFA only provides figures for the borough as a whole, not for individual libraries. So there will be no way of knowing – to give but one example – how many times Blackheath community library’s total of 13 books for teenagers made it off the shelves. Lewisham also fail to mention that CIPFA make a hefty charge for access to their publications.

Surely the council can have nothing to hide! Like, how are “community” libraries faring compared with the ones still being run by the local authority? Come on, Lewisham. You’ve handed over almost half your libraries to volunteers. Now let the people who are doing your work for you see how they’re doing.”

Amanda De Ryk, formerly the LibDem councillor for the Blackheath ward has resigned from the LibDems to join Labour. Press release is here, and her (very quiet) twitter account is @AmandadeRyk.

Just got an email from the office of Sir Steve (Lewisham’s mayor). Looks like they won’t be building a children’s play area in Eliot Pits after all:

The Preliminary Ecological Appraisal report recently undertaken by The Ecology Consultancy for Eliot Pits has now been received.
The Council’s Ecological Regeneration Manager has reviewed the report and given that the proposal will likely have “significant ecological impact” has recommended that this option is not pursued.
I imagine that further details will be available soon, but given your concerns I am sending you this information at the earliest opportunity following Sir Steve’s request that you are kept fully updated.

UPDATE: OnBlackheath have decided to postpone the event, and are now thinking of September 2014 as the likely date. See post here.

The plan to host a music festival on the Heath has reappeared. OnBlackheath have applied to host a festival in September, sponsored by John Lewis.

See the email sent by the Blackheath Society earlier today:

We have received confirmation that OnBlackheath (previously NIMBY) has applied, at this late stage, to Lewisham Council for permission to hold a two day pop festival on the Heath on September 7th/8th. The event is apparently to be sponsored by John Lewis and called “John Lewis on Blackheath”. Little further information is currently available.

Members will recall that the Society lost its appeal against the granting of the Premises Licence for this event (in perpetuity) in 2011. However, we are fortunate that this current application takes place in the context of an Events Policy for the Heath agreed as a result of the earlier controversy, and with procedures well defined. Any such application has to be considered by the Blackheath Joint Working Party, and a detailed Event Management Plan has to be submitted and agreed before Lewisham issue any final permission.

We expect to play a full part in this process, and will keep members fully informed. The issues which caused serious concern last time will be re-examined in this exercise.

Members views and feedback are always welcome, at any stage.

Please play nicely in the comments…

Practical ways to save Lewisham Hospital

Lewisham Council have just served our legal challenge on the Government’s decision to drastically downgrade Lewisham Hospital A&E and maternity services on the ground that the Special Adminstrator was acting beyond his powers.

Depending on how the Government respond, this could end up being decided in Court as part of a substantial judicial review, by which we would seek the Court rendering the Government’s decision void.

As such, this could be a costly process, so the Council has set up a Legal Action Fund for the public to donate whatever they can towards legal funding. We don’t know at this early stage how much will be required, but if there is any surplus it will go to a local charity, Children First Lewisham.

The link to the online donation form can be found here: http://www.lewisham.gov.uk/news/Pages/Council-takes-Lewisham-Hospital-decision-to-the-courts.aspx

I think this is a good practical step forward. I’ve replied to Kevin asking for a breakdown of the costs involved – I’ll update this page when he replies UPDATE: see below

If you can contribute to the fund, the direct link is here:
http://www.lewisham.gov.uk/myservices/socialcare/health/Pages/Contribute-to-the-Hospital-Legal-Challenge-Fund.aspx

You can pay by credit or debit card, and the minimum is a fiver.

The costs of the legal challenge are initially likely to consist mostly of engaging specialist barrister expertise at Queen’s Counsel level, which unfortunately is not pro bono. Other work is being carried out by the Counsel’s in-house legal team for which there is no additional cost, although it does of course add to their workload. Provision also has to be made for any costs orders that be made by the Court during judicial review proceedings, but it is too early to estimate how much these might be at the moment.

As for operating the legal challenge fund, there are no external costs as this has been set up and maintained by Council officers, so it’s a matter of use of officers’ time, which I understand is quite minimal since the payment system used is the same as that for other payments made to the Council online. Just to make a small clarification to your post, I understand that people can enter a lower sum than the suggested £5 – and also a higher sum than the suggested maximum of £25! As of yesterday, the fund had received donations in a total sum of £2,400. 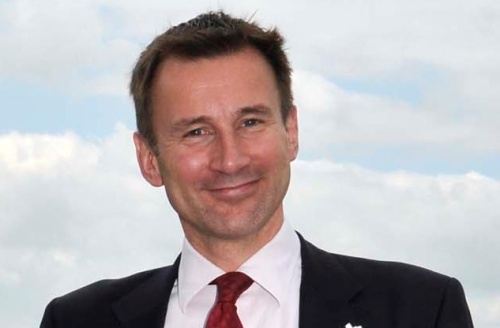 Jeremy Hunt overrules the special administrator and will not to close Lewisham Hospital A&E department. Great news for all of SE London

Heidi Alexander, before the announcement:

If Mr Hunt decides to axe services at Lewisham tomorrow, he will set a dangerous precedent for the NHS: reward failure, penalise success.

But it’s not over. As the Lewisham Lib Dems put it:

Hunt is dodging this 4th test question no end. Clinical commissioners in Lewisham opposed to TSA recommendations, no two ways about it.

To which Darryl1974 suggested

If @LewishamCouncil launches a judicial review, I'm sure I'm not the only non-borough resident who'll pledge some £ to help. #saveLewishamAE

And Heidi Alexander suggested the same thing on her blog:

“There is also a big legal question about whether the Secretary of State has the power to axe vital services at Lewisham based on the administration process that has taken place.

I know that Lewisham Council have threatened the Secretary of State with judicial review proceedings.

It seems to me that this decision could still be challenged in the courts and I will be seeking an urgent update from Lewisham Council about their plans.”

And a statement from Mayor Bullock today:
“I do not believe that the TSA had the statutory power to make recommendations about Lewisham Hospital and the Secretary of State therefore has no power to implement them.

“I will be talking to our lawyers and we will also of course need to talk to our colleagues at Lewisham Hospital in order to fully understand the implications of Mr Hunt’s statement.”

Good to see the Evening Standard informing and educating the metropolis:

I've just seen the evening standard's headline "a and e unit is saved". Fuck the standard

So what to do? Suggestions below please.

Title of this blog pinched from KierShiels:

#Lewishambles The hashtag says it all.

Email from our local MP Heidi Alexander (emphasis mine):

Dear Sir/Madam
Thank you again for signing the petition to save Lewisham Hospital’s A&E and maternity department, which I presented to No. 10 just before Christmas. Over 35,000 people have now signed the petition, and together we are sending a loud and clear message that we strongly oppose the plans for closure.
Despite this, we learnt this week that the Special Administrator appointed to the South London Healthcare Trust has formally recommended to Government that both A&E and maternity services at Lewisham should close. He proposes to replace them with an urgent care centre and a midwife-led birthing unit.
Many people – including me – feel badly let down by the so-called consultation process that has taken place. It is sheer madness to be shutting down services at a solvent, successful hospital in order to deal with financial problems elsewhere. I am also extremely concerned about the inadequate services that will be left for South East London – just this week the two closest maternity units, at Queen Elizabeth, Woolwich and Kings, had to turn away pregnant women in labour as they were at capacity.
But this is not a done deal, and together we must keep up the fight.
The Health Secretary is currently considering these proposals, and will be announcing his decision on 1st February. Along with my parliamentary colleagues Dame Joan Ruddock and Jim Dowd, I will be doing all that I can to convince the Health Secretary of the case against these proposals. But we need your help.
Between now and 1st February, please do all that you can to help the campaign. If you have 5 minutes or 5 days, there are lots of ways you can get involved. At the bottom of this email, there are specific contacts and things you can do to help – for example, leafleting, making placards or being a steward at campaign events.
If you can only spare a little time, please do the following:

The campaign to Save Lewisham Hospital is far from over. We must be prepared to step up and make our voices heard. I hope we can count upon your support.
Best wishes
Heidi Alexander MP

At 4.30pm today the Blackheath Lights will be switched on.  Nick Ferrari, the quietly-spoken socialist will be doing the honours.  Shops are staying open later, The Samaritans are carol singing, and the Salvation Army will be playing from 3pm.

Before and after image from the lights switch-on back in 2008, when I had more time to write this blog (apologies for the lack of updates lately- work is busy).

Tractor production is up 30%

Particularly choice quotes about the library from July’s Blackheath Assembly minutes (emphasis mine):

The meeting received information that the temporary library set up at the Bakehouse has been successful to date. The resource continues to attract more people particularly children and young mothers and these numbers will only increase once the new library is up and running[…]

With regards to the main replacement library project, an £800,000 investment project is on coursee[…]

It is envisaged that the new facility will be open on the 22 November 2012 by Sir Steve Bullock, the Mayor of Lewisham and David Grant, the Mayor of Greenwich. Over the next month or two there will be a competition for the public to put forward their ideas of what the new centre should be called so there is a sense of involvement and community spirit. The competition will carry a prize of £1,000 and the winner will be announced at the opening ceremony by Sir Steve. Participants can put their entry forward via email or through the website.

If you have any suggestions for library titles, please send them here: localassemblies@lewisham.gov.uk