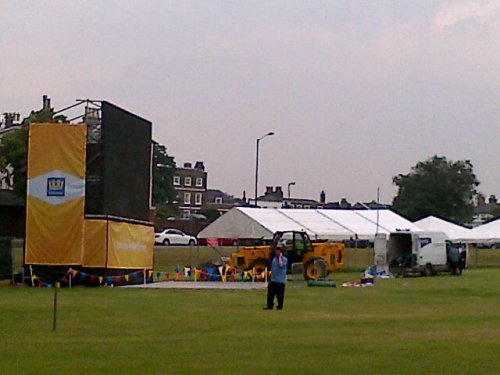 UPDATE: Photo above submitted by twitter user Brightstar24
The Olympics opening ceremony is going to be screened on Blackheath tonight from 7.30pm. There’s a map here.

Technically the event is called “Lewisham Big Screen”, but it seems to be a bit of a misnomer to me…

Below is a re-post of the info from Lewisham council about the event. If anyone has any photos of the screens being prepared, please email me.

The timetable for the Olympics “big screen” on Blackheath has been released:

A day of stories, performance poets, readings and verse
11 August From 12 noon
Showtime