You walk past this every day… 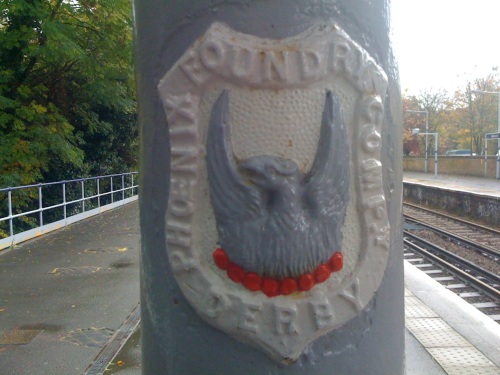 …if you take the train. I really like the logo – it looks so solid, and reminds you that people used to know how to manufacture things in this country! The Phoenix Foundry, who built the posts that hold up Blackheath’s station roof, also built parts of Nottingham station. The foundry was built on Canary Island in Derby, so called because it was surrounded by canals on all sides. More info about the company, and its various names at the National Archives. Poster below, advertising the “Phoenix’s Steam Engines and Thrashing Machines” from a website called revolutionary players: 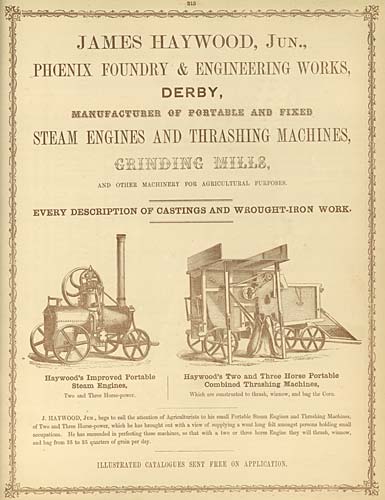